Dramaturg Alexandra Curth discusses the use of masks in Much Ado About Nothing. For more information from Alexandra, click here.

Much Ado is set in Messina, Italy, which is a harbor city in northeast Sicily. The lush atmosphere lends itself to a world of beauty and repose. As Don Pedro, the Prince of Aragon, and his men return from war, the environment is immediately established as a vacation space where the citizens are able to decompress. The experience sought through vacationing stems from the human need to celebrate and set aside the everyday identities they have created. 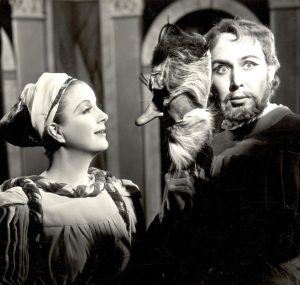 The act of concealing and revealing is what drives the plot of Much Ado. One of the most memorable moments in the play is the masquerade in Act II Scene I. The masquerade is an event that is pivotal to the action of the play: it involves each of the play’s main characters, touches on themes of deceit and disguise, and propels the plot forward. Under the cover of their masks, which enable anonymity, the characters engage in a range of behaviors, from innocent flirtation to Don John’s more insidious efforts to prevent Claudio and Hero’s marriage. When Beatrice, Benedick, and the rest of the cast enter the space with masks they are stripping themselves of the banality of the everyday, and entering into a world suspended from social norms or expectations—everyone is free to be themselves without repercussion or reprimand. 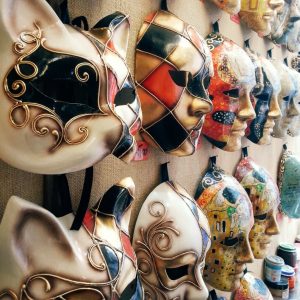 Analogous to the masquerade, Mikahil Bakhtin, a Russian philosopher, wrote about the carnival and the concept called “the carnivalesque” in his work Rabelais and His World. In this seminal piece, he writes, “All were considered equal during carnival. Here, in the town square, a special form of free and familiar contact reigned among people who were usually divided by the barriers of caste, property, profession, and age.” The characters are free to enter the masquerade and make choices they wouldn’t normally make. The masks and setting allow the characters to conceal their identities and reveal their true intentions. For example, Don Pedro the Prince of Aragon proposes to Beatrice, who swiftly rejects him without offending. Outside of the masquerade, such an offer and rejection would be much more serious because of the difference in the characters’ social status, and the societal expectations placed on marriage. In the context of the masquerade, both offer and rejection can be rendered harmless.

While there are good qualities to the phenomenon of a masquerade, there is also the possibility for poor behavior. Generally, Bakhtin doesn’t deem the behavior that occurs in the carnival or Messina’s masquerade as bad nor good, but does allow for both to happen without immediate consequence for the troublemaker. For example, Don John makes his first attempt to upset Claudio and Hero’s marriage during the masquerade, but this attempt leads neither to punishment nor to any significant distrust of his future words. From the masquerade on, the plot unfolds to include more acts of concealing and revealing. Until the end, these actions simultaneously cause and solve the problems created by the characters.

Posted in Uncategorized
Secured By miniOrange