Hear from Mr. Burns dramaturg Ann Marley on the creation of the show and why playwright Anne Washburn chose The Simpsons.

The Civilians, New York based theatre group commissioned Anne Washburn to write Mr. Burns in 2008. They gave her the following prompt- “What pop culture stories of this era would survive a post-apocalyptic society and how would these stories survive?” She began by bringing actors from The Civilians together to record spoken English. She asked the actors – Matt Maher, Maria Dizzia, and Jenny Morris – to choose an episode of The Simpsons and retell the episode as best as they could remember it. In the first telling, Maher supplied most of the content. They then told the story for a second time. In the third and final round, new actors joined the room. She used these iterations to create the first act, most of it word for word from the session. Direction by The Civilian’s Steve Cosson, the play opened at Woolly Mammoth in Washington, DC in 2012 and transferred to Playwrights Horizon in New York City in 2013. 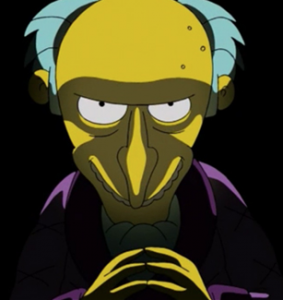 Mr. Burns is not a play about The Simpsons, but human perseverance in the face of tragedy. Today, threats of nuclear war, terrorism, natural disasters, and environmental damage make many concerned for the fate of our world. At the same time, apocalyptic and dystopian stories feed our desire to watch human survival in the face of overwhelming odds. This show begins with a group of people who have to confront the reality of catastrophic disaster and its aftermath. However, this play foregrounds hope in connection, healing, and storytelling despite tragedy. It shows people coming together, laughing, creating something together, when it seems they have lost everything. During times of great stress, when the world is full of violence and hatred, a night of theatre that gathers people to laugh together makes an undeniable impact on the community. Mr. Burns, argues for the relevance of theatre, the importance of being in rooms together, and the power of storytelling. 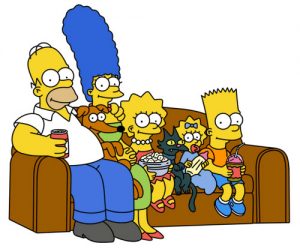 Washburn was searching for pieces of culture that would survive the apocalypse. She theorized that in the wake of tragedy, people will not turn to Shakespeare or Dickens, but comedies. Though she considered many shows like Friends and Cheers, she landed on The Simpsons. Since The Simpsons premiered in 1989, Washburn believes it has documented American society with its incorporation of popular culture, politics, current events, big issues including immigration, gun rights, the environment, and feminism. “Cape Feare,” the episode serving as the basis for Mr. Burns, includes commentary on tyrannical government regimes, the justice system, religion in schools, and animal cruelty. It combines both low and high culture, offering jokes from prank phone calls to Gilbert and Sullivan. The dysfunctional American family has connected to the Simpsons’ dysfunctional family for over 25 years, making it a staple in every home. Whether you are a “Simpsons head” or new to the Simpsons world, the show’s impressive longevity and uncanny ability to capture our current society’s desires and fears within our culture have inspired generations of fans. 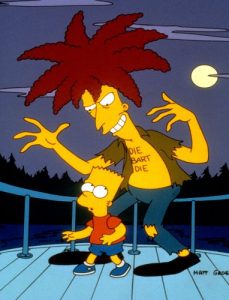 The Civilians actors working with Washburn chose “Cape Feare” because it was the Simpsons episode they best remembered. It’s likely that this episode stuck with viewers because it has a complete story that parodies Martin Scorsese’s well-known 1991 movie Cape Fear. Cape Fear follows a convicted rapist, Max Cady, after he is released from jail. He sets forward to take revenge on his attorney, Sam Bowden, who he believes is responsible for his conviction. Cady stalks, hunts, and targets Bowden and his family. In The Simpsons episode, Sideshow Bob attempts to take revenge on Bart for his incarceration.