The initial problem in this apocalypse is the collapse of the electronic grid. The loss of electricity would see the deaths of thousands. We need electricity for water and can only survive for three days without it. If you can’t figure out how to collect your own water and clean it, you would die from dehydration. Millions of people would die from this alone. Because farmers, delivery services, and the businesses where food is prepared all use electricity, this system would deteriorate. The grocery stores would be looted within hours, leaving only natural resources to survive on. Likewise, many of our cooking appliances need electricity, so cooking would be another obstacle. Since fridges would no longer work, food could not be stored long term.

Hospital electricity would shut down as well. Those relying on medication and machinery to keep them alive would die. In the winter, the elderly would freeze without heating systems. Civil panic becomes a problem as well. People would begin rioting and being violent out of desperation. Because emergency services have been rendered useless (transportation is limited as electricity is required to get gas from the pumps, phone lines are down, etc.), chaos ensues. As the use of propane and candles would increase dramatically for lighting, accidental fires spread with no means to extinguish them. 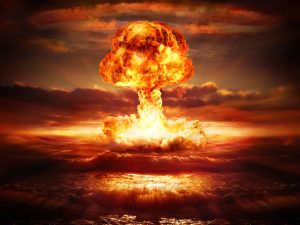 When a nuclear plant or bomb explodes, a flash comes first, causing temporary blindness for several minutes. Depending on your distance from the blast and its size, you will experience thermal radiation. With a one megaton nuclear bomb, people within a 6.8 mile radius will suffer first degree burns, 6.2 miles will suffer second degree burns, and those within 5 miles will sustain third degree burns or die. Outside of the heat from the blast, the explosion will create a push of air with wind speeds so powerful (up to 466 miles/hour) that they can destroy buildings. Deaths not caused by burns will be the result of buildings and other objects collapsing on or colliding with them. After the initial explosion, the radiation from the blast can kill you within days or cause genetic mutations and cancer.

Fallout is what you see in a mushroom cloud. Dirt particles are thrown into the air, become radiative, and fall back to the earth. Fallout can travel for hundreds of miles, and is difficult to detect. Those who stay inside are much more likely to resist effects of radiation from fallout. Within two weeks, fallout loses most of its radiation. 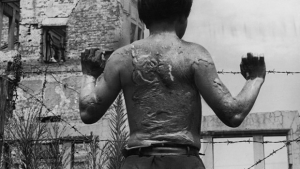 If your body withstands a large dose of radiation, you develop Acute Radiation Poisoning. Poisoning is measured by units of Grays (Gy). 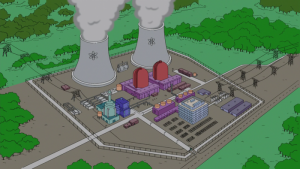 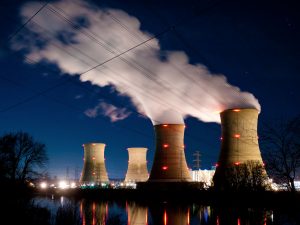