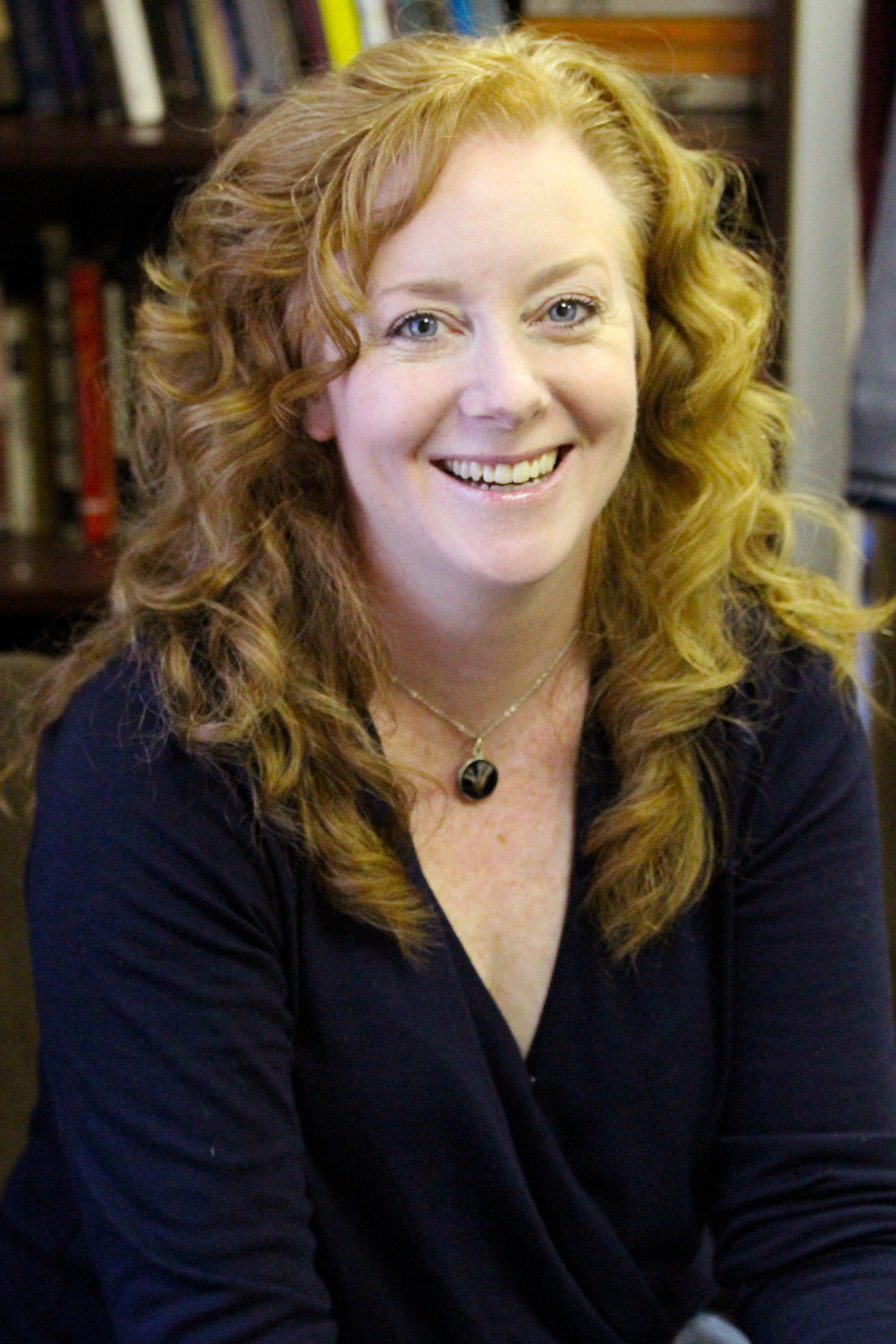 VALERIE JOYCE, Theatre Department Chair, has been directing, designing or performing on stage at Villanova Theatre for almost 30 years.

Her Villanova directing credits include: The Revolutionists, The Importance of Being Earnest, Intimate Apparel, Little Women: The Musical, Translations, The Threepenny Opera, The Light in the Piazza, Carousel, Batboy: The Musical, Annie Get Your Gun, Cabaret, and Talley’s Folly.  She also directed Merrily We Roll Along, the last show in Vasey Theatre, which only got to tech and then was closed due to the pandemic in 2020.  The brightest spot in the 2020-2021 year was the opportunity to conceive and direct the film Slaphappy: A Covid Era Commedia, a hilariously devised collaboration with students and faculty.

Valerie also wrote and directed a one-woman show with Villanova alumna Kimberly S. Fairbanks (MA ’11) that dramatizes the lost stories of pre-emancipation African American women entitled I Will Speak for Myself.  They have performed this show in New York City at 59E59, at the Edinburgh Fringe Festival, Beacon Theatre in Philadelphia, Rock Hall, Maryland, and in Eugene O’Neill’s Tao House in San Francisco, CA. Other directing credits include: The Meat Opera and Up Your Ante for the New York and Philadelphia International Fringe Festivals and Thank You for Sharing with Amaryllis Theatre Company.

She also designed costumes for regional productions including A Persistent Memory and Six Story Building (Off Broadway), The Real Thing (Arden Theatre Company), Moon for the Misbegotten (Venture Theatre), True West and Waiting for Godot (Lantern Theatre Company), Billy and Zelda (Opera Delaware), and The Comedy of Errors (Princeton Repertory), as well as many university productions.

Valerie is a board member of the American Theatre and Drama Society and is affiliated with the Music/Theatre Dance and Women and Theatre focus groups of ATHE. She has presented her research at the national conferences of ASTR and ATHE and internationally at the Society of Early Americanists, Society for the Study of American Women Writers, and the Staging America conference in Madrid, Spain.

Want to learn more about Valerie Joyce on the Villanova University Website?