Click here for the Press Release- She Loves Me

She Loves Me- Publicity Photos

She Loves Me- Run Photos 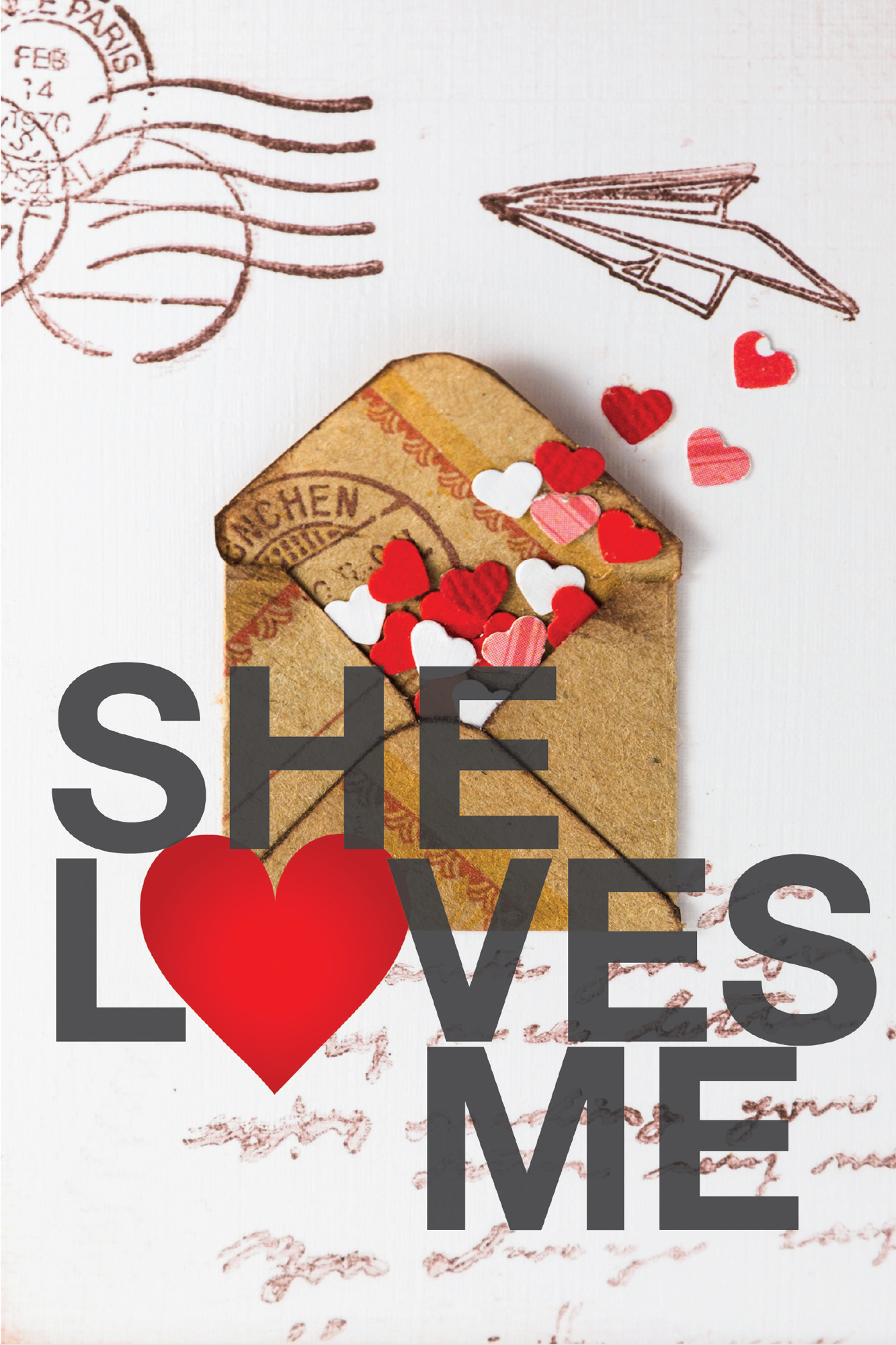 View the playbill for She Loves Me:

Playbill for She Loves Me

Based on a play by Miklos Laszlo

SHE LOVES ME is presented through special arrangement with MTI. All authorized performance materials are also supplied by MTI.

In an elegant Budapest parfumerie, two combative clerks, Amalia and Georg, are constantly butting heads on the job. After both respond to a “lonely hearts” advertisement in the newspaper, these unwitting pen pals become the most unlikely of lovebirds. Will their hearts still sing once their true identities are revealed? Widely considered the most charming musical ever written, this delightful confection promises to bring out the hopeless romantic in all of us with its heartfelt story, colorful characters and witty, melodic score.

Click here to view the Educational Guide for She Loves Me! 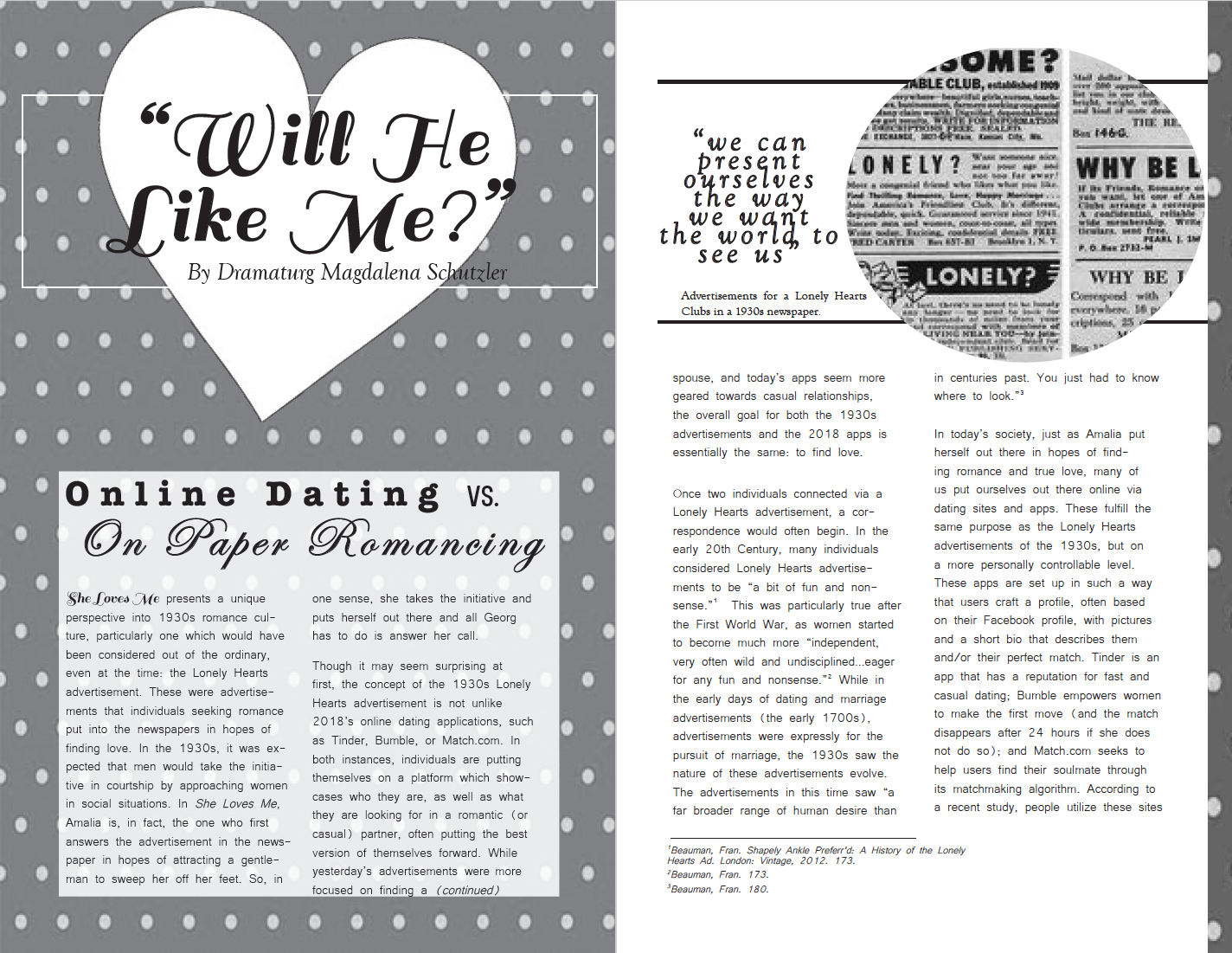 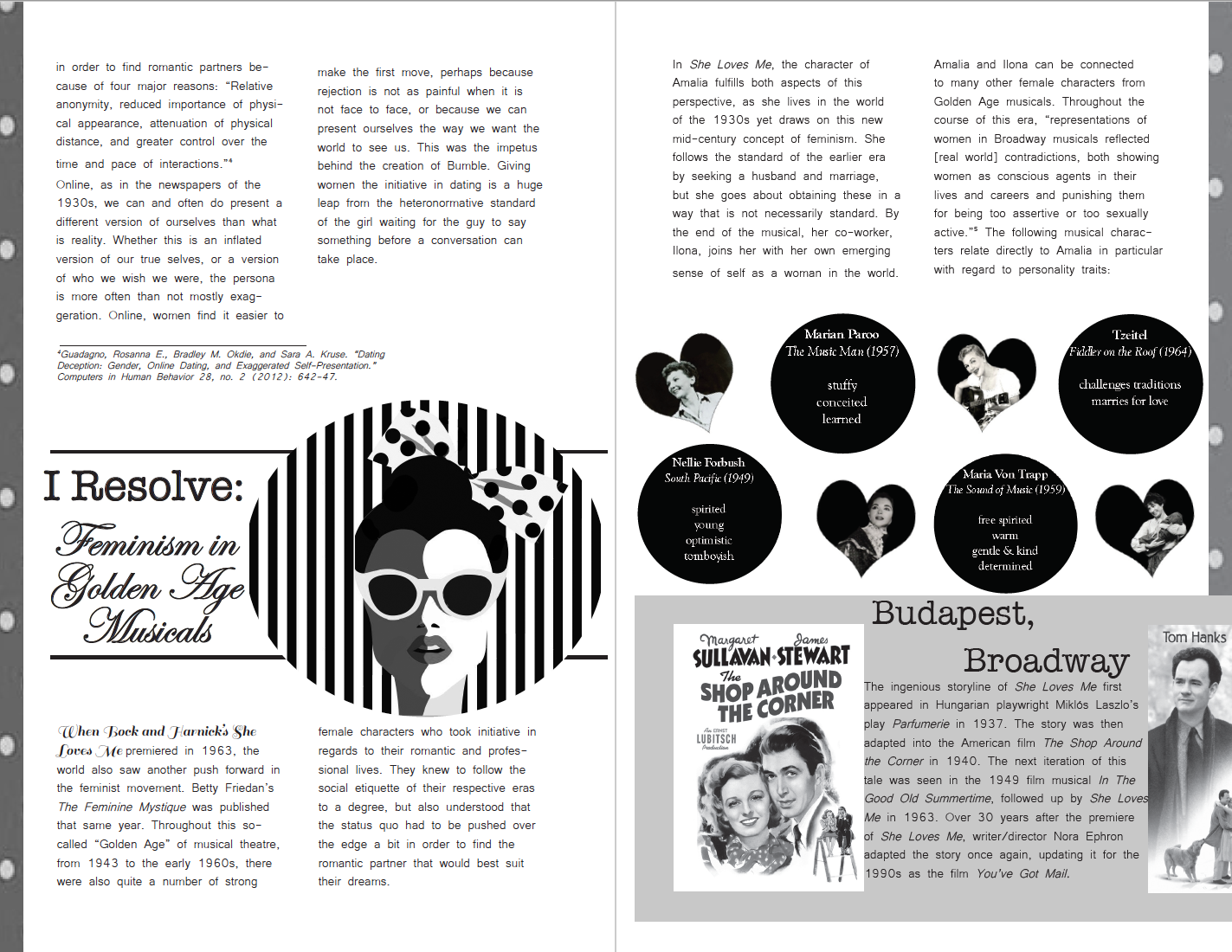 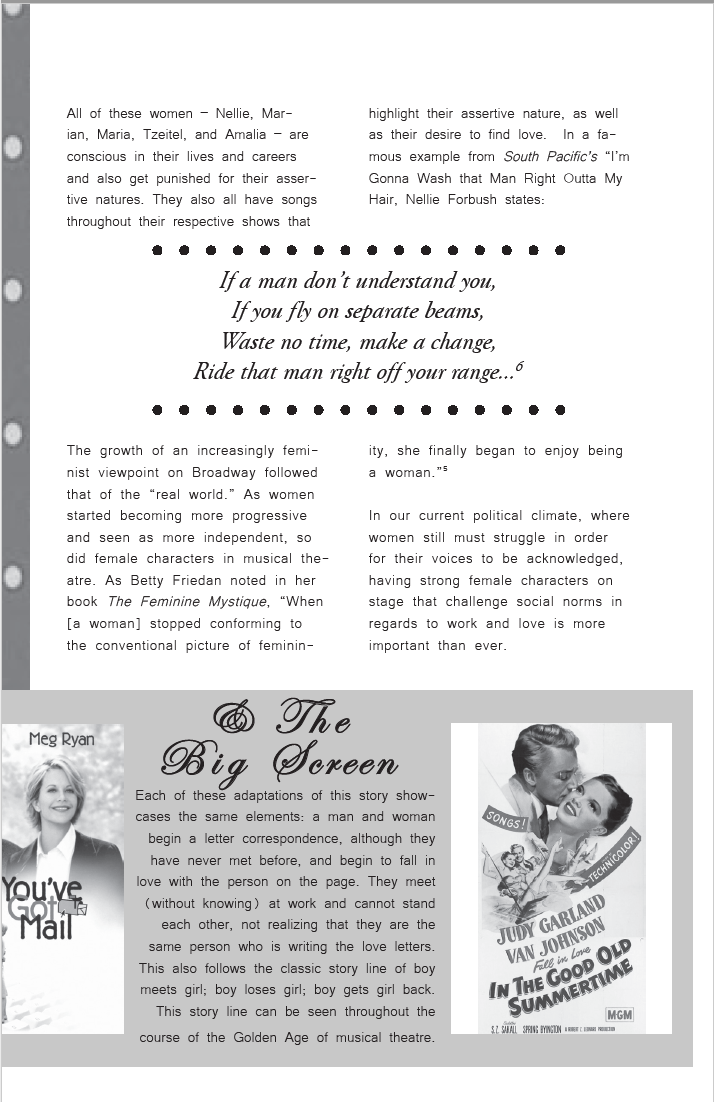